Romney blasted President Obama in the last debate for “what [he’s] called an apology tour of going to various nations in the Middle East and criticizing America.” Romney clarified what he means by apology tour later, stating, “the reason I call it an apology tour is because you went to the Middle East and you flew to Egypt and to Saudi Arabia and to Turkey and Iraq… And then in those nations and on Arabic TV you said that America had been dismissive and derisive. You said that on occasion America had dictated to other nations. Mr. President, America has not dictated to other nations.” Let’s ignore the fact that when President Obama said, “there have been times where America has shown arrogance and been dismissive, even derisive,” he was actually in France and talking about Europe. Let us assume that he did apologize for America’s actions on Arabic TV. Does Romney remember what president Bush did? Bush was dismissive and derisive over other nations and certainly never did America’s popularity in the world any favors. Also, Bush delivered Iraq an unlitmatium leading to war in 2003. If an unlitmatium to Iraq is not dictating to other nations, then I don’t know what is. In 2008 one of President Obama’s strengths was that he would fix American’s foreign policy. Bush did so much damage to our relationships worldwide that a global apology tour was demanded by the circumstances! It’s actually too bad President Obama didn’t go on one, at least out side of Europe. 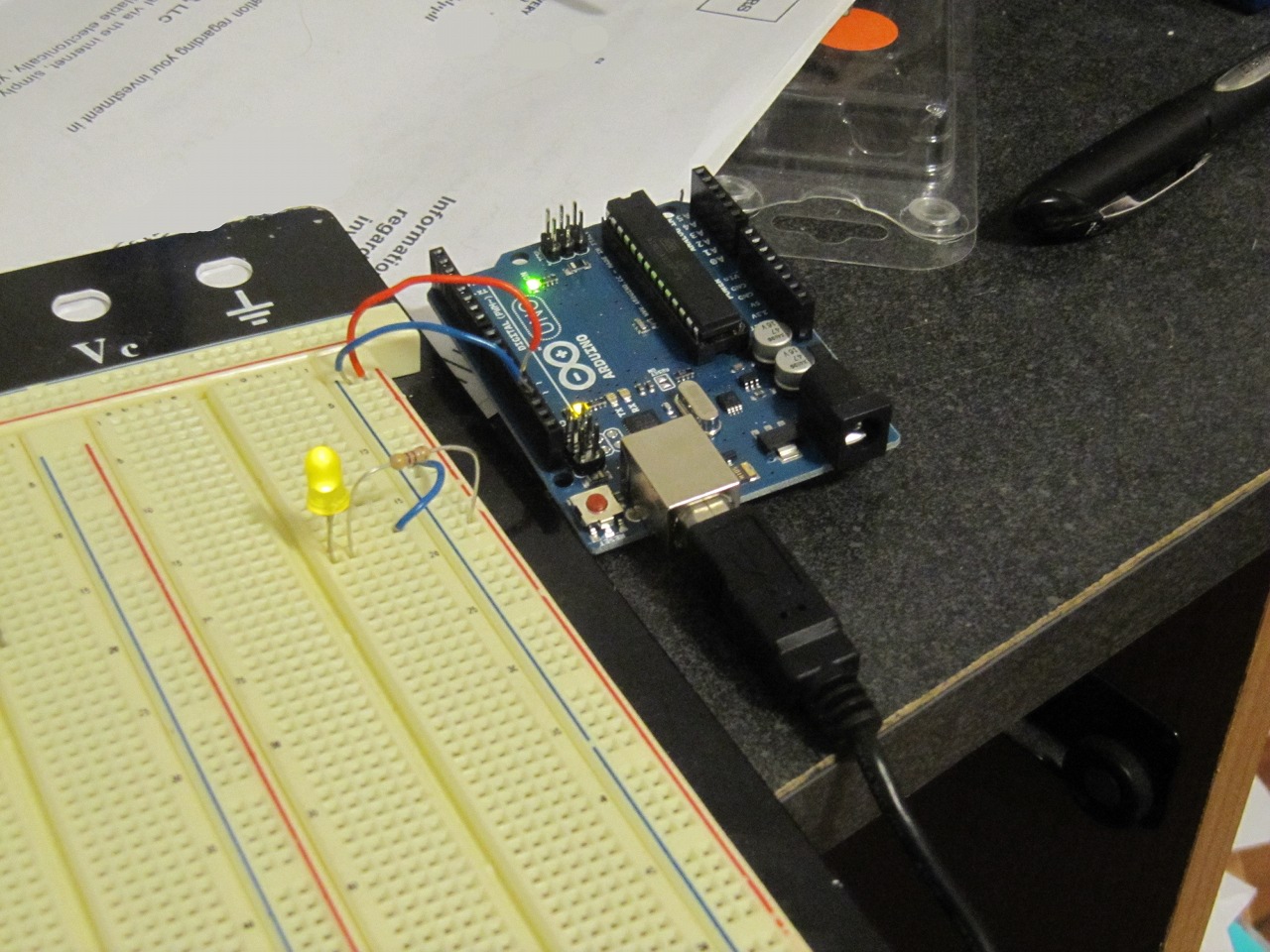 Tomorrow or this weekend I hope to learn to how to talk to the led strip. Then I need to go get a fez of some kind. Oh and a Halloween party to attend in the costume, that would be a good thing to find as well.

Much to my surprise last weekend, there was a slight rumble noise coming from something in my apartment at about 3am when I was finally done playing Diablo 3 for the night. I went back out to the living room and determined the noise was not out there. I went back to my room at turned off my computer in there. I didn’t determine the noise was coming from the computer, it was late. I just turned it off to safe so I could deal with it in the morning. 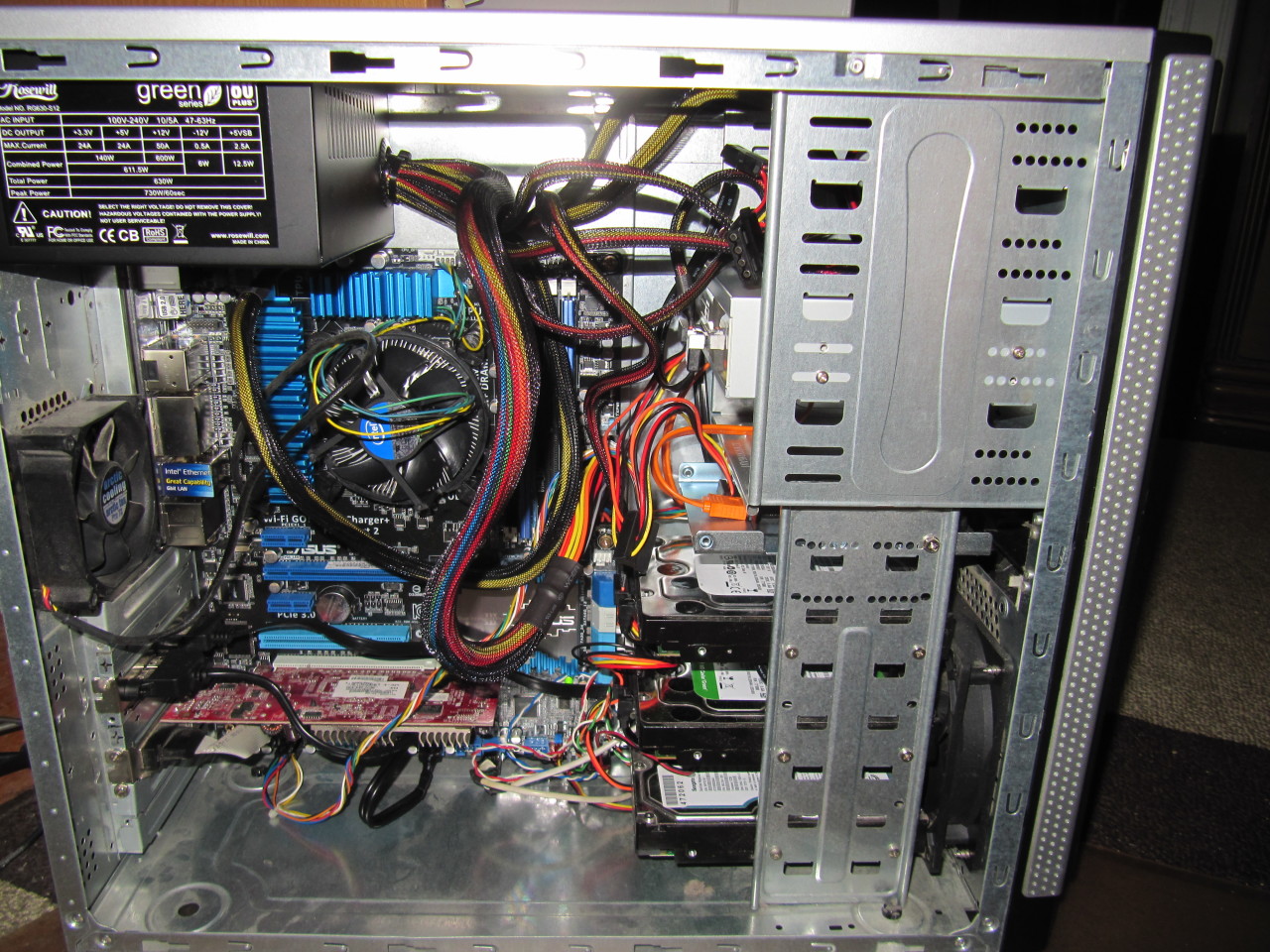 In the morning I found that it didn’t want to turn on. Some LED’s blinked and the fans spun up, but it did not beep or post. I did hear some much different strange noises from the power supply while I was trying to test out some things. They slowly got worse, but I still had to put my ear on the power supply to really hear them. I decided to get a new supply, and got a 650W one sent overnight via Amazon Prime.

The new power supply was not the problem sadly. When it arrived I went directly to trying to power on the motherboard with it. It didn’t turn on at all. The supply’s fan didn’t even turn on. I checked all my connections and tried again. Still nothing. I got out a super old single core Althon mobo/cpu/ram that I have lying around and that worked with the new supply. I also tried the suspected broke supply on that mobo, and it really made a loud sound that time. I confirmed the old mobo still worked with the new supply again, and then I tired the new supply on the motherboard in failed machine. Still nothing. I took out some ram, and then it powered on just like the failed supply had done; no beep, no post. When I put the ram back in, it still powered on with no beep and no post.

So it seemed like the thing to do was replace the machine’s internals. It has been on mostly constantly since 6/21/2007 and five years seems pretty good. Here’s what I got for the new system, which is now operational:

I also picked up 8GB more ram from a friend who bought the wrong kind. My 16GB set has not arrives yet actually, so the 8GB actually allowed me to do the build today instead of waiting for the other side of the long weekend.

I had to get the DVD drive because all of my existing DVD drives were PATA, but the new motherboard only has SATA connectors. In fact, I learned while building it today that it also lacks as floppy drive connector. That spawned a two hour hunt for the plastic piece that goes in the case to block up where the floppy drive lives. I did eventually find it. And while I was looking I reorganized all of my cables and spare hardware. I filled up two boxes of old stuff to recycle or give away, including the heart of my 500Mhz P3 and my original GPU, the Riva TNT2.

The build went smoothly; everything powered up on the first try; except that I forgot to hook up a SATA cable to the new DVD drive. I also accidental chose the “auto-overclock” option in my fancy BIOS, which then turned the machine on and off a couple times trying out different settings. That is pretty cool, as overclocking just enough used to be hard. Of course I don’t really want to waste the power to overclock, so when it was done I had to turn it all off. The Linux setup went easily. I didn’t reinstall the OS; I just rebuilt the kernel as all my drives were still perfectly fine. The one real gotcha was that I had moved my Nvidia GPU to a different slot, and so it had a different bus number, and that bus number was in the xorg configuration file… so it couldn’t find my graphics card for a while.

I can’t wait till I get the extra ram, and then to run some video compression benchmarks!