Tyler Cowen’s endless posts about “Markets in Evevrything” do not help me keep up to date with his proflific blog. They are so brief, varried, and many that I can’t even tell what the commonality that makes a post ripe for the “Markets in Evevrything” title is. This is perhaps, the halmark of a hurried blogger, but I’ve attributed it to a bad writer, or at least someone who isn’t writing with me as an audiance. There are 142 unread posts by him on my Google Reader. So, when he linked to this adaptation of his new book on his blog, I missed it, but my dinner group did not.

The overall idea some stragies to follow to end up eating the best food possible at the lowest price possible. So go read it and then come back for my take.

1. In the Fanciest Restaurants, Order What Sounds Least Appetizing
The premise here is that there are only two reasons something will be on the menu and the fanciest resturants, those being that A) it’s expected to be on the menu, or B) the chef makes it well. The goal of this advice is to push you into something that must be from column B. I don’t spend much time in this caliber of place, but when it is resturant week and I am I usually follow a more reserved but similar strategy. I order based on liking at least one or maybe two ingrediants in a dish, and I don’t worry about what the rest of the ingrediants even might be. This also when new to an ethnic food.

2. Beware the Beautiful, Laughing Women
The idea here is that places with great bar sceens don’t need to have great food. Well, at least once they have estabished a great bar sceen they don’t. I don’t pay much attention to this; in fact, I’ve fall pray here, specifically to the place once known as Ivy and now known as Social 49. The people and space in there are so beautiful. But did learn something, I’ve only had drinks at Social 49.

3. Get Out of the City and Into the Strip Mall 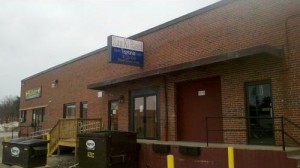 When I read this I was thinking of one place, Ritu ki Rasoi a delicious Indian place in Burlingon. It is located on a loading dock behind an auto parts store and is quite a find. But then the author went on to list subrubs where you can find good food “Orange County, California; the area near San Jose; Northern Virginia, near D.C.; Somerville, Massachusetts; and so on.” So maybe I don’t have to drive all the way out Burlington to find actual strip malls after all. My guess now is that he’s talking about Tu Y Yo.

4. Admit What You Don’t Know

Ask people who might know where the good resturants are, where the good resturants are, espcially people who travel to the area frequnetly. This seems like a no brainer, but I never do it. It does make sense though. When I saw someone who was most likely a pharama-gril at Junior’s Taco Shop on my trip to Ridgecrest, CA a couple weeks ago, I assumed it meant that I was having lunch in the right place. I was already pretty sure I was having lunch in the right place though, it was packed. But, I didn’t think of her a poential resource for finding more good resturants. I didn’t make that leap.

5. Exploit Restaurant Workers
There is good food, for cheaper, where there is cheap labor, including family eastablishments. I sort of assume all resturants in an area face roughly the same labor costs, so this doesn’t seem help me much. Sure the meals in chinatown always include more food for the money than anywhere else in the city, but I don’t want to eat a meal in chinatown every week, so this isn’t that much of a help. The authors example is to stay away from places with excessive waitstaff and valets. I suppose that is fair because, where this advice certainly goes wrong though, are poor areas of the country like Roswell, NM. They don’t have better food just cause there is cheap labor.

6. Prefer Vietnamese to Thai
Finally a valid reason not to like Thai food! I’ve been sort of wishy washy about Thai food for a while in world where everyone else seemes to love it. His argument here is that Thai food became hip, and like in #2, it no longer had to be good. That’s probbally not why I don’t like thai food that much, but it does feel good to have some else dis-recomend it. That said, I am not a fan of Vietnamese Pho at all either. Maybe that is for the laugauge barrier reasons that the author lays out.

So maybe I’ll buy his book. Certainly I just totally ignored its existance before, but the Atlantic adapation of it was worth reading!