Archive for the ‘Recap’ Category

This year’s word cloud was much easier to construct than last year’s because as a result of the difficulty last year in downloading post’s from facebook, I stopped posting directly to facebook and started using twitter much more. As a result the dominate feature of this year’s word cloud are the twitter handles of some friends and some people/sites I follow. These are the at symbols items, like @jodiecongirl. Actually, I transformed any reference to a person in any form, to their twitter handle, if they have one. There are also so some twitter hash tags in the mix. 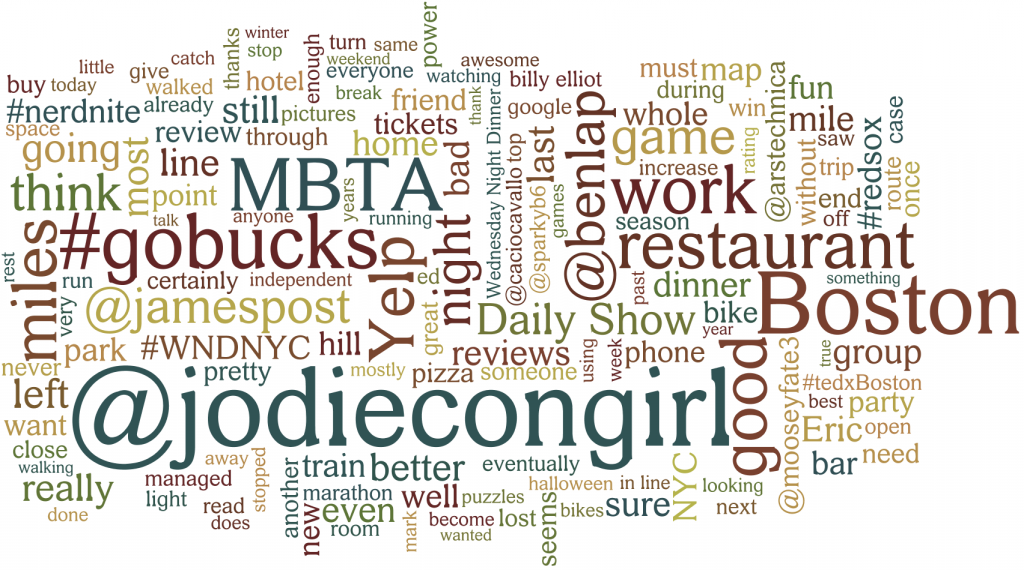 There are also a number of things I didn’t get to blog about at all, but I should have:

Inspired by http://2010.instatus.es/, but unhappy with the results due to my changing social media habits over the year, i set out to make my own 2010 word cloud from my facebook status, tweets, blog and blog entries. I used http://www.wordle.net/ to make the cloud after I conglomerated all of the posts into a large text file. I did weigh the status and twitter entries 3 times as much as the blog, because the blog is so verbose compared to them. The result is a pretty good depiction of my year.

Below are some representative entries that went in to making the word cloud, in rough order of time throughout the year: