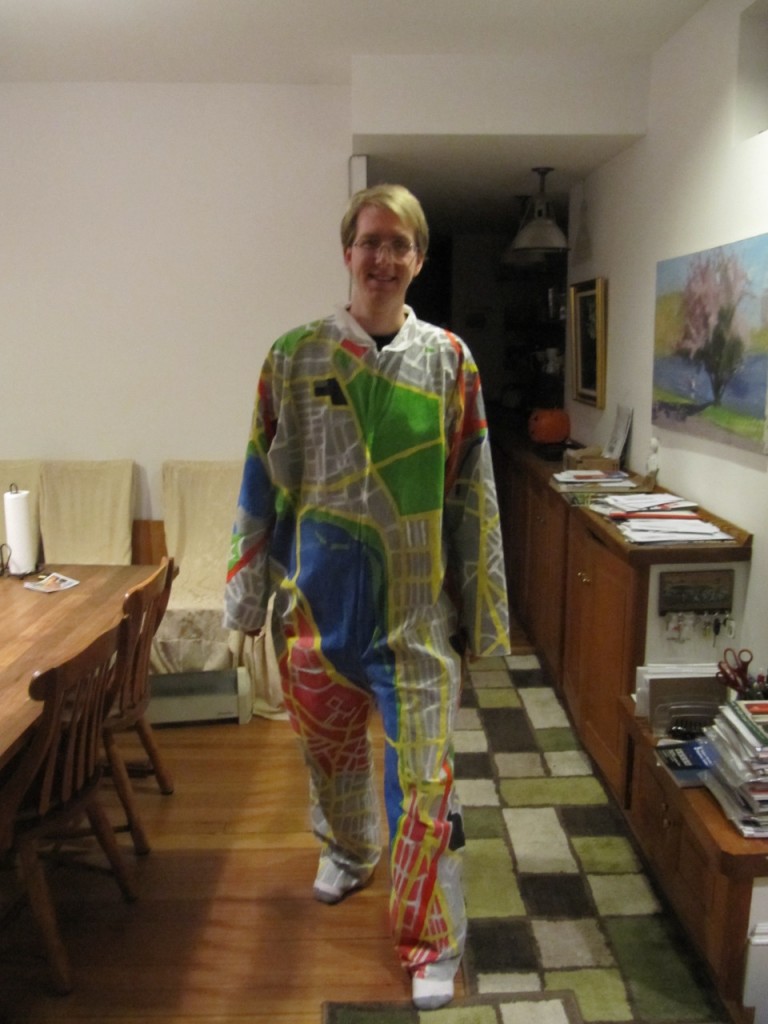 For two weeks prior to Halloween 2010, I slaved over this Home Depot painters jumpsuit, hand tracing and painting a map of Boston and Cambridge on to it, using the Google Map’s color scheme. On the front, North is to the left. The arms connect as though I am standing like a cross. The arms wrap on the inseam, as do the legs. The body wraps over the shoulders, and has disconnects under the arms (when the arms are down) and across the but where Boston Harbor ends. The coast line on the bottom of the harbor is that of East Boston, South Boston, and the Ted Williams Tunnel, which connects them, but the map on the land mass is wrapped around from the front of the legs. 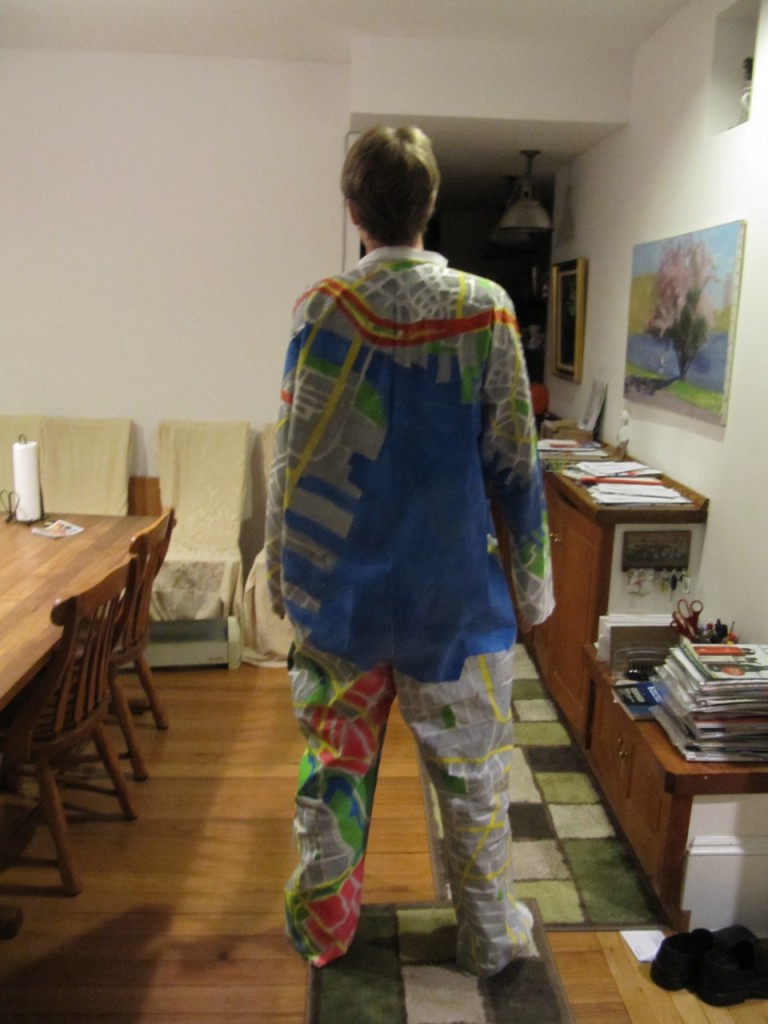 I estimate that I spent about 44 hours on the project over the course of two weeks in late December. This includes two days that I took off from my job to work on the costume (as well as other things like doctors appointments). About 12 hours of that was tracing Google Maps onto the jumpsuit by using a projector and a pencil. Then I bought a bunch of fabric paint in white, black, apple green, blue, yellow, and red. I later went back and bought much more white, as well as some orange. The colors are brighter than Google Map’s colors. Primarily this is because I could not buy enough of the white fabric paint I was using to make the colors pale enough to match exactly. The brighter colors also make it more exciting to look at I think, so its a win. 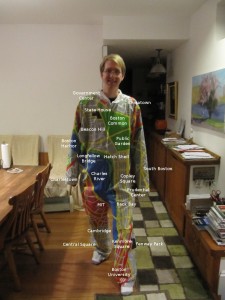 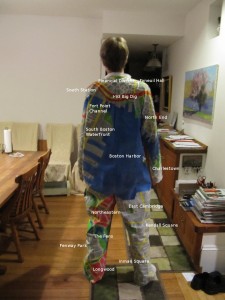 I did not win any costume contests, mostly because the only one I managed to enter was a club that I should have known was lying about having one. I tried to enter a couple others, but I was too late or it was for kids. I spent most of Halloween itself out and about in the city. Walking from the South End (not labeled, hardly on the map at all) to the Prudential Center to Boston Common. On the way I got lots of questions, a bunch of smiles, and a couple thumbs up. I also gave directions to two couples. One pair of women needed directions, and had an android phone, but couldn’t figure out how to have it direct them. The other was a young asian couple, who asked me how to get to the Prudential Center, when they were about 1.5 blocks from the Prudential Center. It is of course, a huge tall building, with the word “Prudential” written on the top. I’m pretty sure the woman there just wanted to ask me for directions, she also gave me a hug. The T-shirt and food vendors outside Park Street Station were the most impressed of all the people I encountered.

This entry was posted on Friday, November 19th, 2010 at 9:10 pm and is filed under Around Town, Maps. You can follow any responses to this entry through the RSS 2.0 feed. Both comments and pings are currently closed.